Learn Rene Caisse's story and how she used Essiac tea for cancer. Discover the ingredients she used in this tea to heal cancer patients and how to make it yourself.

The Remarkable Story Of Rene Caisse

Rene Caisse was a Canadian nurse that for more than 50 years treated thousands of cancer patients. She used an herbal formula called Essiac. Essiac is Caisse spelled backward.

Essiac tea is a household name when it comes to alternative cancer treatments. It earned a reputation as a safe nutritional approach to cancer and diabetes therapy.

Rene Caisse made this tea popular. She was the eighth child of 12 children. Her father ran a local barbershop, and her mother was active in the Catholic church. 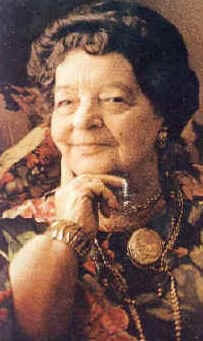 Rene worked as a nurse in Canada. One day in 1922, she treated an elderly English woman. The woman had some scar tissue on her breast.

She told Rene that doctors had diagnosed her with breast cancer 30 years earlier. However, the woman didn't want to use surgery, nor did she have the money.

Then one man would change her life.

The English lady met an old Indian medicine man in the 1890s. He told her that he could cure her cancer with an herbal tea. The woman followed his advice and was alive thirty years later.

She then passed on this herbal remedy to Rene. About a year later, Rene Caisse was walking beside a retired doctor. He pointed to a common weed and said it would be little cancer in the world if people took it. 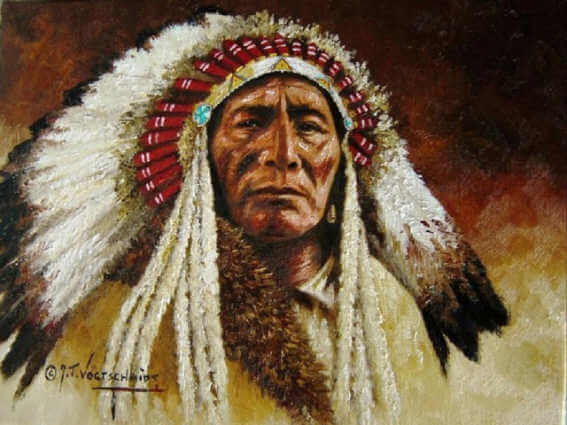 Rene later found out that the plant's name was one of the medicine man's herbs. The weed was sheep sorrel. In 1924 she decided to test the tea on her aunt, who had stomach cancer. Doctors told Rene's aunt that she only had six months to live.

Discover other alternative cancer remedies you can use in this blog post.

Her aunt lived for another 21 years, cancer-free. Rene Caisse later gave the tea to her 72-year old mother, who had liver cancer. Her mother recovered and lived without cancer for another 18 years.

Then a doctor took notice of Rene's remarkable success.

The doctor R.O Fisher became interested in Rene's formula. He asked her to treat some of his hopeless cancer cases. Fisher's patients showed enough improvement to convince him that Essiac worked.

He became one of her strongest advocates. Over the next decade, Rene and Dr. Fisher treated many patients. Rene still earned a living as a nurse and put in long days at the hospital. 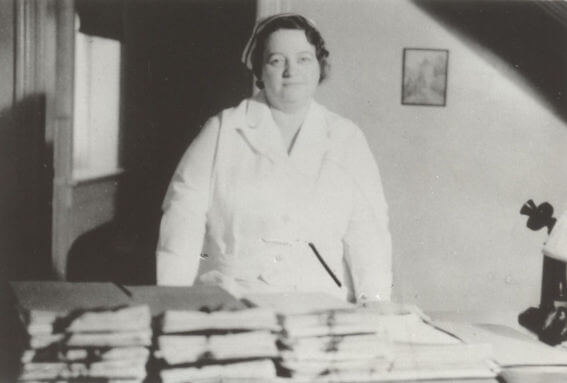 The doctor R.O Fisher asked Rene to treat some of his hopeless cancer cases

She spent her nights and weekends at her mother's basement to test Essiac formulas. Rene injected different combinations of the herbs into mice that had cancer.

She concluded that one of the herbs reduced the growth of the tumors. The other herbs worked as blood purifiers that cleansed tissues and infections.

Some of Dr. Fisher's colleagues began asking Rene to treat their hopeless cases. One of those patients was an 80-year-old man that had cancer on his face. The man's face healed, and he lived for another six months with little discomfort.

In the following years, Rene refined and perfected her original formula.

Rene tested various herbal combinations on laboratory mice and human cancer patients. She operated her cancer clinic under the supervision of several doctors.

Eight of them signed a petition to the Department of National Health and Welfare at Ottawa. They asked them to give Rene facilities to do independent research. In 1938 her supporters gathered 55 000 signatures to allow Caisse to continue her quest. 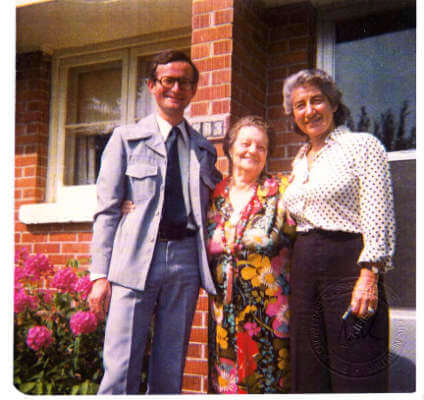 The bill failed to pass by just three votes. Rene had problems with the pharmaceutical establishment over the years. The Canadian government threatened to arrest her for her use of Essiac. Rene finally caved in and withdrew from public view.

Unlike Caisse, the medical establishment was more interested in making money. Essiac was cheap and threatened their profits from radiation, chemotherapy, and surgery. It was also non-toxic.

Over time Rene got powerful enemies.

The Last Years Of Rene's Life

The Department of Health and Welfare sent two of their doctors to investigate Rene. They wanted to prevent her from practicing without a license. Rene told the doctors that she only treated patients abandoned by their physicians.

She was only accepting voluntary contributions and never charged for her services. Caisse showed them her papers, reports, and letters from physicians. They listened to what she had to say and decided to back off. 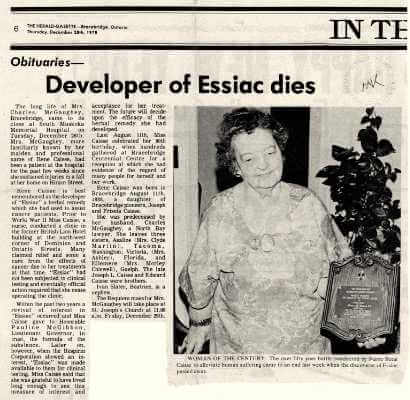 For the next fifteen years, she lived under threat from the medical establishment. Rene treated hundreds of patients a month while officials wanted her arrested.

Learn how to cleanse your body by using the liver & gallbladder cleanse.

She passed on different versions of the Essiac formula before she died in 1978. Rene never published the recipe. The only person Rene Caisse trusted to help her make Essiac tea was her best friend, Mary McPherson.

Mary worked alongside Rene since the 1930s and knew the formula by heart. She promised Rene never to reveal the formula to anyone. In 1985 Dr. Glum purchased the formula for $120 000 from one of Rene's former patients.

Dr. Glum could have kept the formula a secret and become wealthy by selling bottles of Essiac. But, he released the recipe into the public domain in 1988. 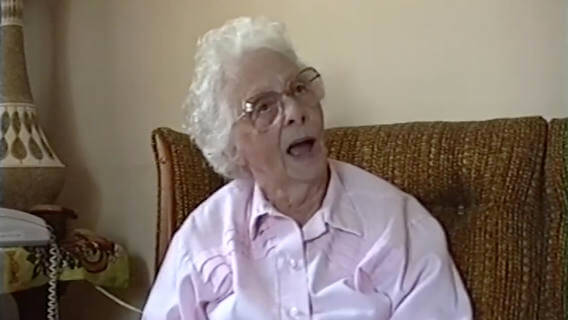 The only person Rene Caisse trusted to help her make Essiac tea was her best friend, Mary McPherson

Mary then revealed the formula in 1994 because it was no longer a secret. She wanted to end the controversy over the Essiac formula before she died. On December 23, 1994, Mary released the Essiac specifications.

Rene Caisse spent her life refining the formula with her hands-on research. No one else has done such extensive research on Essiac tea.

Rene was able to treat various types of cancer.

The Secret Ingredients In Essiac Tea

Rene Caisse worked for fifty years with Essiac tea. She stated that Essiac treated a variety of benign tumors. It was also effective against chronic stomach problems, cysts, and ulcers. 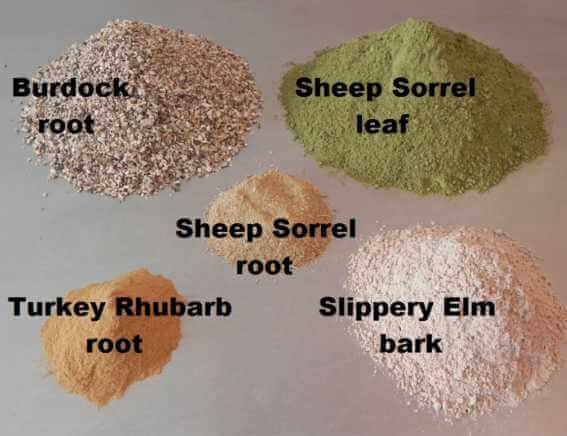 The secret ingredients in Essiac tea

Rene's records list eighteen different types of cancers responding well to Essiac. These include cancers of:

Essiac tea had no adverse side effects and reduced pain. Terminal patients were able to sleep with greater comfort.

The final formula contained four herbs. One of the essential herbs was sheep sorrel.

Sheep sorrel is also known as sour-grass or dog-eared sorrel in Canada. The plant has narrow, pointed green leaves and red flowers at the top. 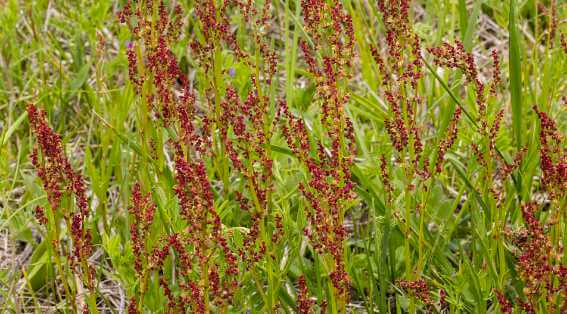 Sheep sorrel can treat ulcers and cancer. It also improves urine flow. Native Americans found out early that the plant had anti-carcinogenic properties.

Of all the Essiac herbs, the quality of the sheep sorrel decides the effectiveness of the formula. It was the single herb that Rene isolated during her early years of research. Sheep sorrel had a direct effect on cancer.

Another herb Rene used in her Essiac tea was burdock root.

Burdock root (Arctium lappa) has hollow leaf stalks and can grow up to 4 ft/1.21 m high. The herb is common throughout Europe, Asia, Scandinavia, Canada, and the United States.

You can find it growing beside roads, ditches, and along river banks. Burdock tolerates both acid and alkaline soils. The roots develop well in the moist, deep earth.

Find out more about 8 cancer fighting herbs & spices you should eat more of.

Early settlers took the plant to North America, where it became well established. Native Americans learned how to prepare the herb from the Europeans. The Cherokee made a tea from burdock, dandelion, and white oak bark to treat varicose veins. 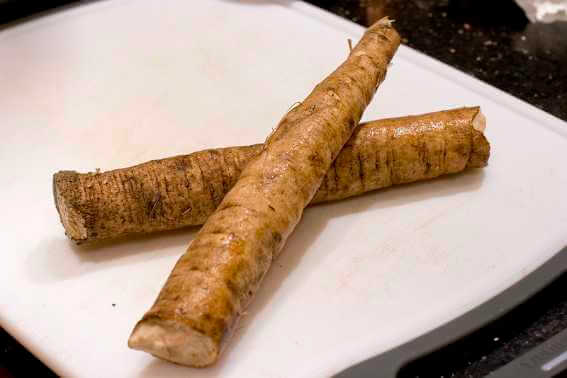 The herb can treat urinary tract infections and kidney problems. It may also help against arthritis and other inflammatory diseases.

Burdock is an effective blood cleanser and a great source of iron and inulin. It is also helpful as a detoxifying agent and treating skin conditions.

Burdock oil can strengthen and encourage the growth of new hair. The plant is suitable for healing digestive disorders, wounds, and ulcers.

It's also a blood purifier, painkiller, and detoxification agent. Burdock seeds can increase the flow of urine and inflammation in the bladder.

The third herb in the Essiac formula is slippery elm bark.

Slippery elm is also known as Indian elm, red Elm, or moose elm. You can find it in the lowlands and beside streams or on rocky hillsides and limestone ridges.

The bark has a grey-brown color on the outer layer with reddish-brown under-layers. The twigs are light reddish and rough to touch. 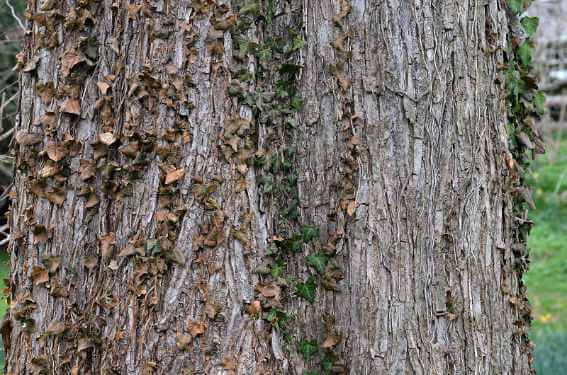 Native Americans and early settlers used the bark for urinary and bowel problems.

The final ingredient in Essiac tea is Turkey rhubarb.

Turkey rhubarb or Chinese rhubarb grows up to 8 ft(2.43m) high when in flower. It thrives in deep, moist soil in full sun or partial shade. New leaves have a purple-red color, fading to green when mature. 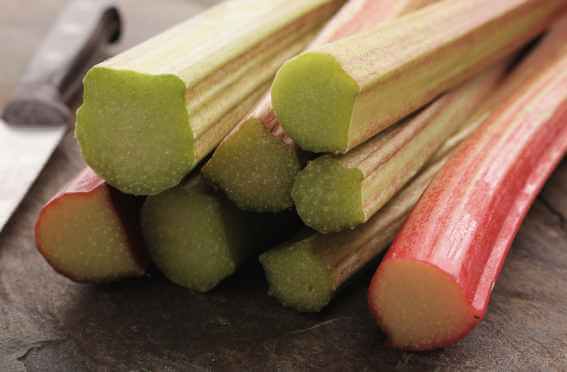 Rhubarb was one of the first plants imported from Europe to North America. It originated from the mountains of western China and Tibet. This plant is popular in Northeast Asia, North America, and Northern Europe.

Turkey rhubarb is invaluable for its cleansing properties. It can relieve pain and reduce fever and inflammation. The plant can also improve your gut.

Now that you learned about the ingredients let's explore how to use Essiac tea for cancer.

Rene Caisse was a Canadian nurse that for more than 50 years treated thousands of cancer patients.

An old Indian medicine man in the 1890s cured an English lady's cancer with an herbal tea that Rene learned.

The doctor R.O Fisher asked Rene to treat some of his hopeless cancer cases.

Rene operated her cancer clinic under the supervision of several doctors.

Caisse lived under threat from the medical establishment after curing cancer patients.

Dr. Glum released the Essiac recipe into the public domain in 1988,

Burdock root is an effective blood cleanser and a great source of iron and inulin.

Turkey rhubarb is invaluable for its cleansing properties.

How To Make Essiac Tea For Cancer

1. Try to grow the herbs used in Essiac tea

2. Buy herbs if you can't grow them yourself

3. Make a big batch of the tea

4. Drink the tea for a month

There are several steps you can take to use Essiac tea for cancer. If you are unable to grow your herbs, buy certified organic herbs. Only use wild herbs, otherwise, you could be purchasing contaminated herbs.

Commercial sources of sheep sorrel root are hard to find. You don’t know if the root has been included in finely powdered samples.

Rene Caisse always insisted that Essiac should include the whole sheep sorrel herb, the ground-up leaf, stem, and root in the formula.

Sheep sorrel is the one herb you should consider harvesting yourself. You should buy burdock root ready-chopped to the size of small peas.

Slippery elm inner bark is best bought ready powdered.
Turkey rhubarb root is easy to grind when it’s dry. It can be purchased in pieces or powdered.

If you want to learn how to make Essiac tea you can download our free guide below.

Learn How To Make Essiac Tea To Fight Cancer

Download this free e-book to learn how to make Essiac tea for cancer.

This guide includes the recipe used by Rene Caisse with step-by-step instructions.

Yes, Teach me how to make Essiac

Calling of an Angel, by Gary L. Glum