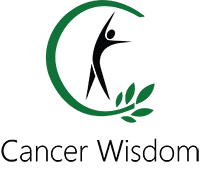 ​​Learn about ten mysterious deaths of holistic doctors. Find out how drug companies kill alternative doctors to destroy the competition. Discover how to become independent of western medicine.

In the last four years over 90 holistic ​doctors died under mysterious causes. Erin Elizabeth is a long time activist and has a website called HealthNutNews.com. 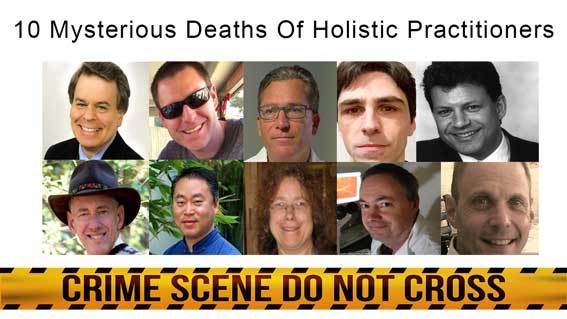 In this blog post, I’m going to talk about ten mysterious deaths of holistic doctors. The first name I’m going to mention is Dr. Nicolas Gonzales.

Dr. Nicholas Gonzalez was a holistic MD. He had success in treating cancer that exceeded mainstream medicine. Gonzales work was a threat to pharmaceutical companies.

He helped countless patients including the actress Suzanne Somers. She stated publicly that she spoke to him days before he died, and that he was healthy. 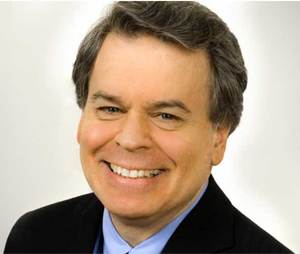 Some thought his death was due to a heart attack. But his autopsy showed it was not the case. Vitality Magazine published an article about Dr. Gonzalez.

In this article, he said that Big Pharma knew about his work and hoped he’d get “hit by a bus.” Another mysterious death is that of John Marshall.

John Marshall was a top MD that was a former 4th generation Marine who’d served in Afghanistan. He had survival training there and was a fit guy.

One day he was on his usual run after his workout at the gym. He was later found dead in the Spokane River. Authorities said he had somehow fallen into the river and drowned. 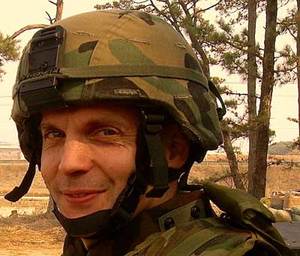 John Marshall was a former Marine

The medical examiner ruled it as an accident, but Marshall’s wife was not satisfied with that. So she hired a private investigator.

The private investigator Ted Pulver reviewed the crime scene photos of the death. Pulver said the condition of the doctor's body proves he did not spend 27 hours in the violent Spokane River. 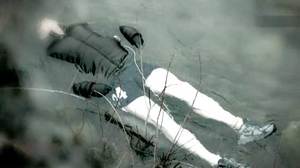 The photos show John Marshall partially out of the water with his head tilted back and his arms down at his sides. Those photos also show Marshall's iPod still in his pocket with the headphones plugged in.

Learn why there is no cure for cancer. Click here to read more.

If Marshall had gone over the bridge, his iPod and gloves would not have stayed on his body. Pulver believed that John Marshall was murdered.

Dr. Alan Clarke was a famous cancer researcher. He was the director of the European Cancer Stem Cell Research Institute. 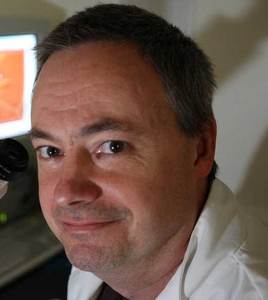 ​Dr. Alan Clarke was found dead hanging from a tree

Dr. Clarke went out to take his dog for a walk. His wife and neighbors later found him dead in the woods, hanging from a tree in a rubber suit with a mask on.

Dr. Clarke planned to take his family to the seaside the following day. Clarke’s wife said he had never talked about committing suicide.

4. Cheryl DeBoer Was Found Dead With A Plastic Bag Over Her Head

Cheryl DeBoer was born on May 23, 1962, in Seattle. She was a cancer researcher that went missing one day. DeBoer planned to meet her friend at the park and take a carpool to work. 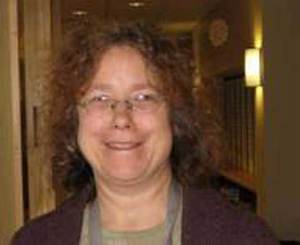 Her friend received a text from Cheryl at about 7 a.m. on a Monday. Cheryl said she had left her work ID badge at home and was going back to get it. She also told her friend she would take the bus instead.

Her husband reported her missing after she did not show up for work. The last time anyone heard from her was at 7 a.m. on Monday, Feb. 8.

​Learn why you should never give money to cancer charities.​

Teams of volunteers searched for days to find her. They later located her body in a culvert on Sunday, Feb. 14. She had a plastic bag loosely over her head. 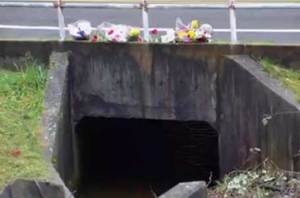 ​The culvert where Cheryl "committed suicide"

The Police ruled her death as a suicide which outraged her family and the public. Cheryl's mother believed that her daughter died of a homicide.

If Cheryl had taken her life she would have:

​We still don't know what led to her death.

Dr. Weidong “Henry” Han was a skilled herbal doctor. He had treated about 13,000 people prior to his death. Many of his patients had severe problems such as cancer, osteoporosis, and hepatitis.

One morning Han had a planned business meeting in Los Angeles but didn't show up. Neither Dr. Han himself or his wife answered phone calls that day. 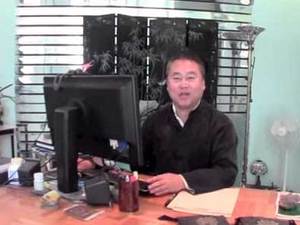 On March 23, 2016, authorities found Dr. Han dead together with his wife and their five-year-old daughter. All three were wrapped in clear plastic in their garage.

Each victim died of multiple gunshot wounds. The police later arrested Pierre Haobsh for the murder of the Han family.

He was a business partner of Han and killed him because of financial reasons.

Dr. Curtis Clogston was a medical director of a holistic clinic in San Marcos before he died. He went missing the 15th of March 2016.

His wife, Danica MacRae, knew something was wrong when he hadn't shown up at his office since Monday. The couple spoke to each other the same day people last saw him. 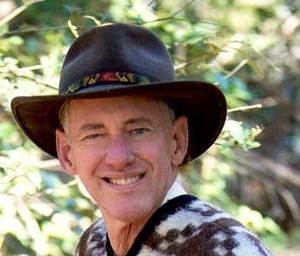 Dr. Curtis Clogston was a medical director of a holistic clinic

His wife was on her way back from a trip to New Mexico. Dr. Clogston told her that he’d had a case of food poisoning, and went home early that day.

Somebody who "knew him well" supposedly saw him on the 20th of March in Boerne. Three weeks later someone who lived in the area spotted Clogston's Mini Cooper in some brush. 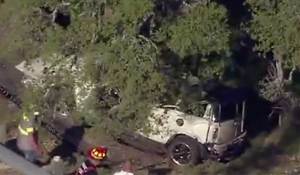 Dr. Clogston was found dead in his wrecked car

Dr. Clogston was found dead inside the car. It appeared he ran off the road and hit some trees before stopping in the brush.

Learn ​about the censorship of alternative health. Click here to read more.

Clogston lived in his home for 30 years and drove that same route all the time. So how did they not find him on that road, for three weeks? Kendall County investigators didn’t suspect any foul play.

7. Chiropractor Dr. Glen Scarpelli And His Wife "Jumped" From A Building

Dr. Glen Scarpelli and his wife both allegedly jumped out of the window of their holistic clinic. They left behind neatly typed and packaged suicide notes in plastic baggies. 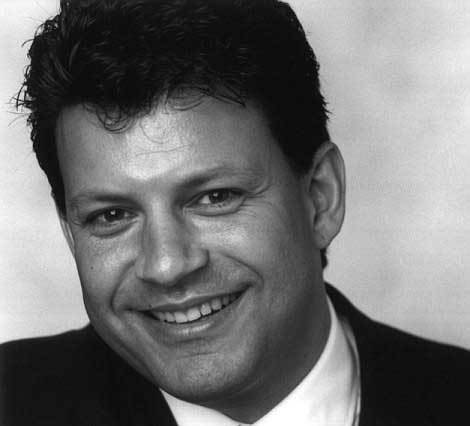 Glen Scarpelli and his wife "jumped" from a building

The husband and wife said in the notes that they had a wonderful life but had some debt, so they had to kill themselves. They said their kids were upstairs and that others should take care of them.

Their colleagues said they don’t believe for a minute they took their own lives. They left behind two children, Joseph and Isabella.

Dr. Miguel Crespo was a stem cell and cancer researcher. The police found his dead body in the bathroom on the 8th floor at Weill Cornell Medical Center Hospital. 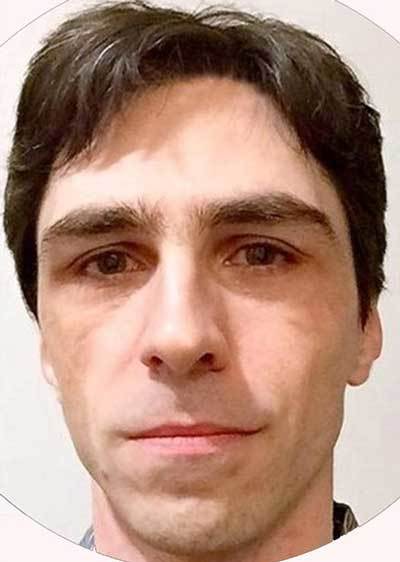 Authorities believed Dr. Crespo died of a possible overdose. They found vomit next to his body but the doctor didn’t have drugs with him on the scene.

Just before his death, he had made an exciting discovery in the field of cancer research.

Dr. Dean Lorich was a world-renowned surgeon. He operated on celebrities like Bono of U2, after he had a severe bicycle accident in Central Park.

His 11-year-old daughter found him in the bathroom with a knife in his torso. The police thought it was a suicide because he was under stress.

A former ex-Giants player wanted to sue him over treatment issues. But even if Lorich would have lost the case, his insurance would have covered the costs. It is strange that he committed suicide over a lawsuit. 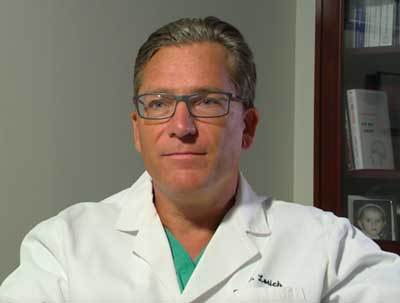 Dr. Dean Lorich was found​ dead in ​the bathroom with a knife in his torso

Authorities said he missed his heart and instead stabbed himself in the torso. But that is a strange and painful way to kill yourself. As a doctor, wouldn’t Lorich want it to be as quick and painless as possible?

Before his death, he had criticized the relief effort in Haiti after the 2010 earthquake. Hillary Clinton served as the Secretary of State at the time. Lorich witnessed the situation in Haiti firsthand.

After traveling to the island, he wrote an email to a confidant describing the disaster. That email somehow ended up in the inbox of Hillary's adviser Cheryl Mills, who gave it to Hillary.

Many people before Lorich died when they tried to expose Bill and Hillary Clinton. Some call it the Clin­ton Body Count.

Was Lorich targeted for exposing the Clintons? Dr. Lorich left behind his wife and three daughters.

10. Research Scientist Dr. Tristan Beaudette Was Shot Dead In Front Of His Daughters

Dr. Tristan Beaudette was a research scientist who worked for a pharmaceutical company. Prior to his death, he had been questioning the safety of vaccines.

He worked on to create “safer vaccines.” His work was controversial within Big Pharma circles. The industry didn't like his critical stance on vaccines. 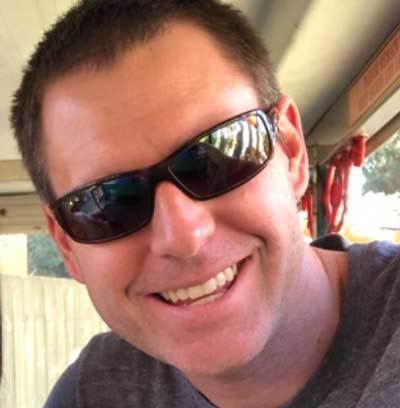 ​Dr. Tristan Beaudette was shot dead by a lunatic in front of his daughters

Beaudette took his two small daughters on a camping trip so his wife, Erica, could study for an exam. Some guy gunned him down in front of his daughters in the middle of the night.

Many believe that Big Pharmaceutical companies are behind all these deaths. The same force behind Big Pharma also controls governments, banks, the media, and law enforcement. So it is not strange that they can get away with these crimes.

​Dr. Nicholas Gonzalez was a holistic MD​ that died of unknown causes.

John Marshall was a top MD that was a former 4th generation Marine who’d served in Afghanistan. He was found dead in the Spokane River.

Dr. Alan Clarke was a famous cancer researcher. His wife and neighbors ​found him ​hanging from a tree.

Cheryl DeBoer was ​a cancer researcher. ​Her body ​was found in a culvert ​with a plastic bag loosely over her head.

Dr. Curtis Clogston was a medical director of a holistic clinic in San Marcos. ​He was found dead inside ​his car.

​Chiropractor Dr. Glen Scarpelli and his wife ​​allegedly jumped out of the window of their holistic clinic.

Dr. Miguel Crespo was a stem cell and cancer researcher. The police found him dead of a "drug overdose."

Dr. Dean Lorich was a world-renowned surgeon. His 11-year-old daughter found him in the bathroom with a knife in his torso.

Dr. Tristan Beaudette was a research scientist who worked for a pharmaceutical company. Some guy gunned him down in front of his daughters in the middle of the night.

​How To ​Stop Big Pharma From Ruining Your Life

​2. ​Find out how to prevent cancer naturally

​​Today you learned about ten mysterious deaths of holistic doctors. Many people blame Big Pharma for these deaths. The same people behind Big Pharma also control society at large.

The best way to avoid them is to learn how ​they work. If you want to dig deeper into this topic, then ​look at more articles here.

Another thing you can do to prevent drug companies from ruining your life is to learn how to prevent cancer naturally. 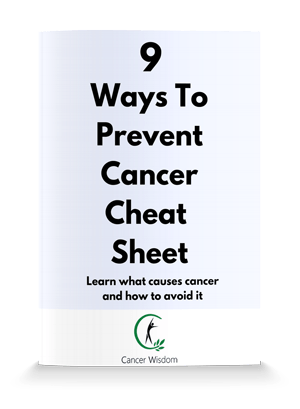 Learn How To ​Prevent Cancer

​Yes, ​teach me how to prevent cancer

About the Author Simon Persson

9 Positive Things That You Can Learn From Cancer