​​Learn what GMOs are and ​how they are created. Discover hidden GMO health risks and how Monsanto uses patents to sue farmers. And find out how you can avoid GMOs altogether.

The food that you eat can be genetically modified and may cause more cancer. You should avoid them now if you want to prevent cancer.

In this video, you will first learn what GMOs are. Then you’re going to discover their health risks. After that, you’re going to learn how biotech companies use patents to destroy farming.

And finally, you're going to find out how to avoid GMOs and stay healthy. So let’s begin.

GMO stands for genetically modified organism. Other names for it is Genetic modification(GM). You create a GMO by taking genes from species and inserting them into another.

92% of all corn grown in the US are GMOs

​Learn how to eat a healthy vegan diet. Click to read more.

But it is not possible to mate a pig with a potato or a mouse. It's also hard to breed animals that resemble each other. A horse, for example, can mate with a donkey, but the offspring is sterile.

Living organisms hinder the introduction of DNA from different species. To force the DNA from one breed into another you can either:

​With genetic engineering, scientists can breach species barriers set up by nature. For example, they have meshed fish genes into tomatoes. This is impossible to do with natural processes.

​G​MOs are Frankenstein foods created in a laboratory

Our understanding of DNA is limited. Any change to the DNA of an organism can have side effects that are impossible to predict or control. The new gene could alter chemical reactions within the cell or disturb it.

This process can create new toxins or allergens, and changes in nutritional value.

GMOs have two main traits. One of them is tolerance to herbicides. This feature lets the farmer spray a weed-killer on the crop without killing it.

​Discover how to detox from chemo and other toxins. Click to read more.

Liberty Link crops can tolerate Bayer’s Liberty herbicide. Other GM plants can produce their own pesticide like Bt cotton.This poison kills or deters insects, saving the farmer from having to spray pesticides.

​The Five Biggest GMO Companies ​On The Market

There are several companies within the GM seed industry, known as Ag biotech. Monsanto is the largest GM company. Due to its global shopping spree, it is now the largest seed supplier of both GM and conventional seeds.

​Bayer, a pharmaceutical company, recently acquired Monsanto for $63 billion. Due to this deal, the brand name Monsanto will disappear. Other GM companies are DuPont, Syngenta, Bayer CropScience, and Dow.

Soybeans, corn, canola, and cotton are the most common GMOs on the market. There are also GM zucchini, crookneck squash, papaya, and alfalfa.GMOs have many health risks.

The biotech industry says that millions have been eating GM foods without ill effect. But GM foods might already have contributed to severe and widespread health problems.

No one monitors the impact GM foods have on human health.There is no good human GMO feeding study. Without follow-up tests, we can’t know if genetic engineering may be the cause of our illnesses.

​GMOs may cause allergies ​​and other health problems

It might take years or decades before we can identify the cause. Various feeding studies on animals have resulted in pre-cancerous cell growth. Milk from rBGH-treated cows contains more IGF-1 than regular dairy.

IGF-1 is one of the highest risk factors associated with breast and prostate cancer. Nearly every independent animal feeding safety study shows adverse or unexplained effects.

The increase in several diseases in North America may be due to the profound changes in our diet.

​​Documented Health Risks Of GMOs In Humans And Animals

There are not large amounts of published data on the risks of GM foods. Therefore we must look at other sources. Here are some observed ill effects of GMO crops on animals and humans:

​The United States doesn't want to label GMOs. Neither consumers nor manufacturers know how much GM content is in the food.

Even if a GM food may cause harm, it may take many years of effort to remove it from the food supply.The FDA does not require safety studies. Instead, if the makers of the GM foods claim that they are safe, the agency has no further questions.

​The FDA does not require safety studies of GMOs

The largest risk factor with GMOs are the herbicides used. Glyphosate is the active ingredient in the herbicide Roundup. The World Health Organization labeled glyphosate as “probably carcinogenic.”

The health risks are not the only bad thing about GMOs. Another problem is patents.

​How Monsanto ​Plans To Take Over Agriculture ​

According to Monsanto, they want to help impoverished nations by giving them GMOs.But that is a lie. The whole idea of Monsanto is to steal people's land and kill them.

​​Find out the real reason why we have GMOs. Click to read more.

Money and power is the motivation behind the deception. Patents make it possible for biotech companies to take over the whole agriculture industry.

Monsanto wants to take over the whole agriculture industry

They have already bought up many seed companies and converted them to GMOs. Because GMOs can self-pollinate, they do not need the help of bees.

Instead, these plants contain poisons that kill insects. In this way, they have reduced the world’s bee population and harmed the competition.You can’t patent vegetables and food under normal circumstances.

But because Monsanto has modified their seeds, they can license them.

Monsanto is one of the most corrupt companies on the planet. They want to take over the agriculture market.

They also own several patents that they use to abuse farmers. In May 2003, the Center for Food Safety investigated how Monsanto abused farmers. Monsanto uses heavy-handed investigations and ruthless prosecutions to destroy farming in the world.

They begin the process by getting the farmer to sign their technology agreement. This agreement allows Monsanto to:

​​If farmers breach these agreements, Monsanto takes them to court. Many farmers settle out of court and agree not to share any confidential information.

This evil practice has ruined the economy of Indian cotton farmers. These innocent farmers had to take massive loans to buy the seeds and the weed killers. But when the GMO crops failed, the farmers couldn't repay their loans.

Because of this evil practice, Indian farmers commit suicide at an alarming rate. Monsanto also sues farmers when GM plants end up in their lands through pollination. If farmers' land gets contaminated by GMOs, the crop becomes the property of Monsanto.

​Learn how to grow your own vegetables without weeds. Click to read more

It doesn't matter if the farmer did not buy or know about the contamination.  Farmers have not only suffered from Monsanto’s legal warfare, but also from failed crops.

First, they keep sample sizes too low or they dilute or overcook the GM sample. Or compare it with useless controls. They also limit the duration of feeding trials and even ignore animal deaths.

So now that I talked about the corruption of GMOs let's learn how to avoid them.

A GMO is a result of taking genes from species and inserting them into another.

There are not large amounts of published data on the risks of GM foods.

GMOs may cause allergic reactions and other health risks.

Monsanto wants to destroy farming by buying up all seeds and suing farmers for patent infringement.

And then I told you how to avoid eating GMO foods so that you can prevent cancer.

​How To Avoid GMO ​Health Risks

​2. ​​Avoid foods that may contain GMOs

​3. ​​Buy foods that are certified GMO-Free

There are a few ways to avoid GMOs.The United States and Canada do not have GM labeling requirements. But most other industrialized nations do.

The EU requires labeling of GM crops. It doesn't matter whether it is detectable in the final product or not. The European Union and others, still have a loophole.

Also look out for GMO sweet corn, papaya, zucchini, and yellow summer squash. They are for sale in grocery stores but in far lesser amounts. The safest way to avoid GMOs is to buy organic products.

They can’t use GM ingredients or herbicides. If you want to learn more ways to avoid ​GMO health risks, then download our free cheat sheet.

Get a detailed list of ingredients that are GMOs and that you should avoid. And also learn what products that are safe to use.​ 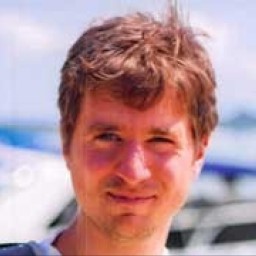 You don’t need to eat a low sodium diet if you have cancer. Unhealthy foods are the cause of most of our diseases, not salt. In this blog post, you will learn about the history of salt and how it’s made. And lastly, you will find out why you don’t need to avoid salt in most cases. 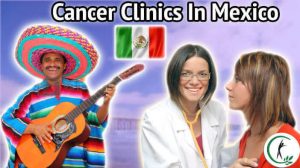 Discover eight cancer clinics in Mexico that offer natural remedies for cancer. Get background information on every clinic and how you can start your treatment now.